Archangel Michael Defends Us All! 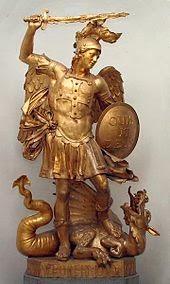 The following post is from the Newsletter written by Irish mystic & author, Lorna Byrne. Ms. Byrne sees angels like we see everyday people. It began when she was about 3 yrs. old. She thought everyone saw the same figures until she was old enough to understand that her experience is unique. As with many chosen by God to receive a special gift....seeing angels was her "cross to bear", but wondrous indeed.  She overcame many obstacles to become a Sharer of the Good News. With the help of earthly and heavenly friends, she overcame learning disabilities to write several books and become a world renown speaker.  A special companion throughout her life is Archangel Michael. What a privilege!
As with any supernatural event, you may believe it or not. As a Catholic, I believe if a spiritual-supernatural event brings me closer to God, affirms the Good News of Christ according to the Catholic Church, and helps me to better understand my faith than it bears "good fruit". Please do as I have done...research it, pray about it, ponder it, then let the Holy Spirit lead you to the nuggets of truth that will enrich your life. A Lorna Byrne book is not the Bible, the Word of God.
Please keep in mind: how we perceive the nuances of what we see or hear often reflects our life experiences. Living in war-torn Ireland with great political upheaval, and in poverty, has given Ms. Byrne her own unique perspective. Also, we can all have the same experience and interpret it differently. If something you read doesn't feel right in your spirit...it's okay not to bring it into your heart. Remember, Lorna Byrne is relaying HER story. Her message is one of hope & comfort...a very good thing.

The Feast of St. Michael is September 29th & he is the patron of mariners, paratroopers, police, grocers and sickness.


Dear Friends
A few months back I was a passenger in a car and we stopped at a red light outside the main Criminal Courts in Dublin.  I watched a woman in her fifties walk up the steps towards the main entrance of the building. There were three angels walking with her as well as her guardian angel, which I saw as a light three steps behind her.  The angels were enormous and dwarfed her;  they were dressed in white through which I could see reflections of other colours. Their arms and hands went out every so often to support her. It was as if I was watching it in slow motion, her steps looked so slow and heavy. I could see angels of prayer rising from her like an incredible waterfall of angels falling upwards, straight to heaven. One of the angels with her turned towards me and told me without words that she was very worried. She was praying as she walked and the angels of prayer were enhancing her prayer, as they do for all of our prayers.
As she reached the door of the building the Archangel Michael appeared beside her. He looked like a handsome middle aged man dressed in a fine dark coloured suit – he didn’t look out of place there, but I could see the glow that comes from him. I was asked how I recognised him – I recognised him as you would recognise a member of your family in a crowd. He turned and smiled at me as he walked through the door in to the courts with her.
I know the woman had asked for Angel Michael’s help.
Angel Michael is there with a person when he is called upon, he may only be there for a moment or two. He is there with other people at the same time, and at the same time will never have left the throne of God. I have no explanation for how he and other archangels can be different places at the same time.
We all have guardian angels and they never leave us for one moment. I sometimes meet people who tell me that Archangel Michael is their guardian angel. He isn’t. He isn’t anyone’s guardian angel.  Angel Michael is an extremely powerful angel and he is here to defend us all and to help us to go on the right path.
Angel Michael though is with people who have asked – like the woman that day on the courthouse steps.
One day some years ago I was walking with the Angel Michael; I had been wondering whether he was there for people who were being dishonest or doing bad things. As always with Angel Michael I didn’t have to tell him what I was thinking - he knew my thoughts.  He stopped and took my hands as he answered – I love when he takes my hand. This is what he told me:


“God wants me there for everyone who calls on me - even those that are being dishonest or doing wrong. God has said I must be there for all, there to defend each and every one. With people who are doing wrong I defend them in a different way – I try to give them the courage to be truthful, to admit they have done wrong and to make things right for themselves and others.”
I interrupted “Does it always work?”
“No Lorna it doesn't.” He replied rather sadly.  “Lots of men and women just don't want to listen. They have free will, and I can’t overstep it”
I told him that I wished people would listen more – even a little bit more. Angel Michael smiled at me and we started to walk again. After a minute or two Angel Michael turned towards me and said “I'm always here to defend you”. Then he disappeared.
I have my guardian angel and other angels around me so I don’t feel the need to call on Angel Michael to help me in my life. I always feel that the things that are affecting me in my life are small, and he has much bigger tasks to take on.
I never pray to angels, even archangels, I only pray to God, but I do ask angels for help. At the moment I am asking Archangel Michael for help a lot– not for me but to help to resolve the problems in places like Syria where there is so much violence and injustice, so much pain.
I don’t know why Angel Michael is allowed to be in my life so much. He will often appear when I am looking for information to share about something spiritual, then he will appear and say “God heard your call”. I have been thinking about this and have come to the conclusion that Angel Michael is not here for me personally, he is here as God’s messenger to give me information to share with the world.
I keep working to share these messages with the world, and I am so deeply appreciative to all of you who receive this newsletter because you listened. I appreciate so much how so many of you help to share these messages of hope with others. (the end of letter)


How It All Began:

Prayer to St. Michael the Archangel

One day, after celebrating Mass, the aged Pope Leo XIII was in conference with the Cardinals when suddenly he sank to the floor in a deep swoon. Physicians who hastened to his side could find no trace of his pulse and feared he had expired. However, after a short interval the Holy Father regained consciousness and exclaimed with great emotion, "Oh, what a horrible picture I have been permitted to see!"
He had been shown a vision of evil spirits who had been released from Hell and their efforts to destroy the Church. But in the midst of the horror the archangel Michael appeared and cast Satan and his legions into the abyss of hell.
Soon afterwards, Pope Leo XIII composed the following prayer to St. Michael. It is the shorter version.


Saint Michael the Archangel, defend us in battle, be our protection against the malice and snares of the devil. May God rebuke him we humbly pray; and do thou, O Prince of the Heavenly host, by the power of God, thrust into hell Satan and all evil spirits who wander through the world for the ruin of souls. Amen. 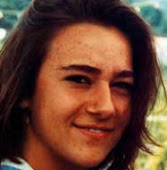 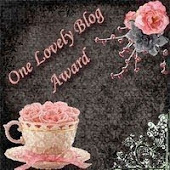